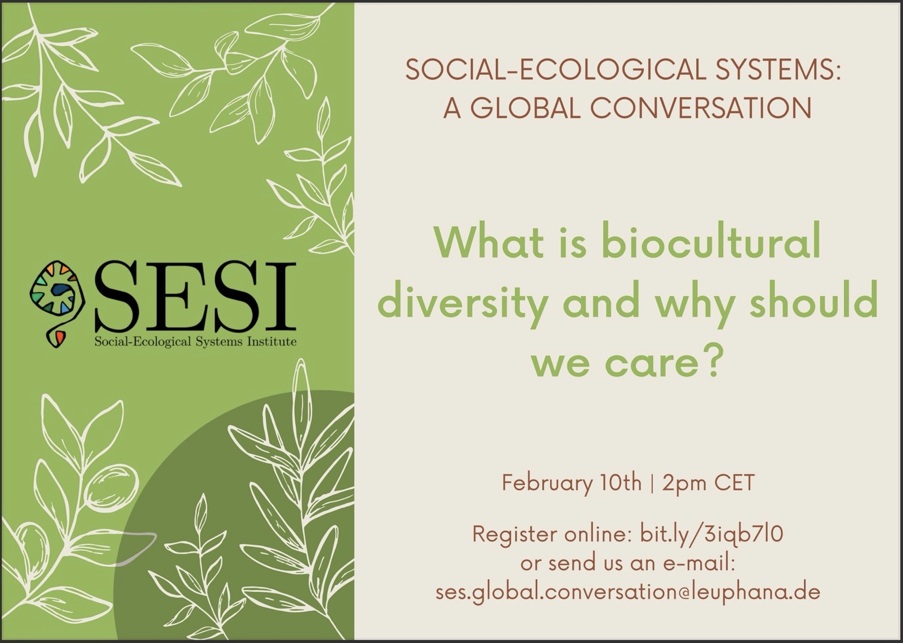 Stefan Ortiz Przychodzka led the conversation on biocultural heritage and considered where heritage becomes biocultural rather than simply cultural, wherein participants highlighted living practices such as agriculture and land management. Local and traditional environmental knowledge was highlighted, such as generational practices, especially regarding food.  Participants also argued that landscapes are not only managed but shaped by people, and altered through mobility such as migration, recipe sharing, and introduction of foreign species, and heritage could be both positively and negatively affected by these. To end the Global Conversation, the question was posed: Why should we care about biocultural diversity? Wherein the presenters affirmed that this concept sensitizes and embraces diversity within social-ecological systems and can aid in understanding, governing, and interacting with surrounding landscapes. This concept implicitly reduces and lays the path toward overcoming western hegemony and ontology regarding conservation, education, and heritage. Bringing more attention to biocultural diversity can guide and inspire future change.

This is a repost from the science4sustainability blog. Click here to come to the original blog!
Sharing is caring

Spotlight on a tragedy in the shadows: The Chiquitano Dry Forest